I have no clue about music, therefor I don’t give a shit, how much a music download is.
I give a shit how much it cost to send a MMS, I have never send one, I am not even sure if ma mobile phone supports MMS. And I absolutly don’t care about ringtones, I use my phone to make phone calls as the original name of the device says.
The german Public Television and Public Radio Fee is arround 15 bucks a month, but who cares?
The two televsions I own are a contribution to Sony and there invention of the black trinitron, one is in the cellar (bought in 1977 from my parents) and one is in my leaving room just as a alternative to much stronger options.
I have no walkmann, no PDA, no turntable, not even records (yes I am THAT young).
The digital camera I use is my grilfriends digicam.
My PC only has mozilla and Acrobatreader as software, no Office no Word, no Exel.
Its just a terminal to the internet, oh yes trillian is on it, too
So who cares about all that BS.

If you care about electric stuff than maybe this is for you.

BTW: My radio in the car is the origial OEM delivered, as you could guess 😉

UPDATE (30.03.2006): My carradio is broken since a couple of month, doesn’t matter.
Thanx to my brother I now have a digicam its Pentax Opti S5z. 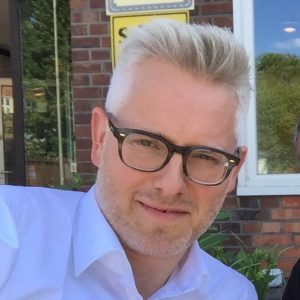 rare photo of me unshaved, shot at Café Pförtner at Uferhallen in Berlin

Search on this Site